Artuso well and truly in the holiday spirit 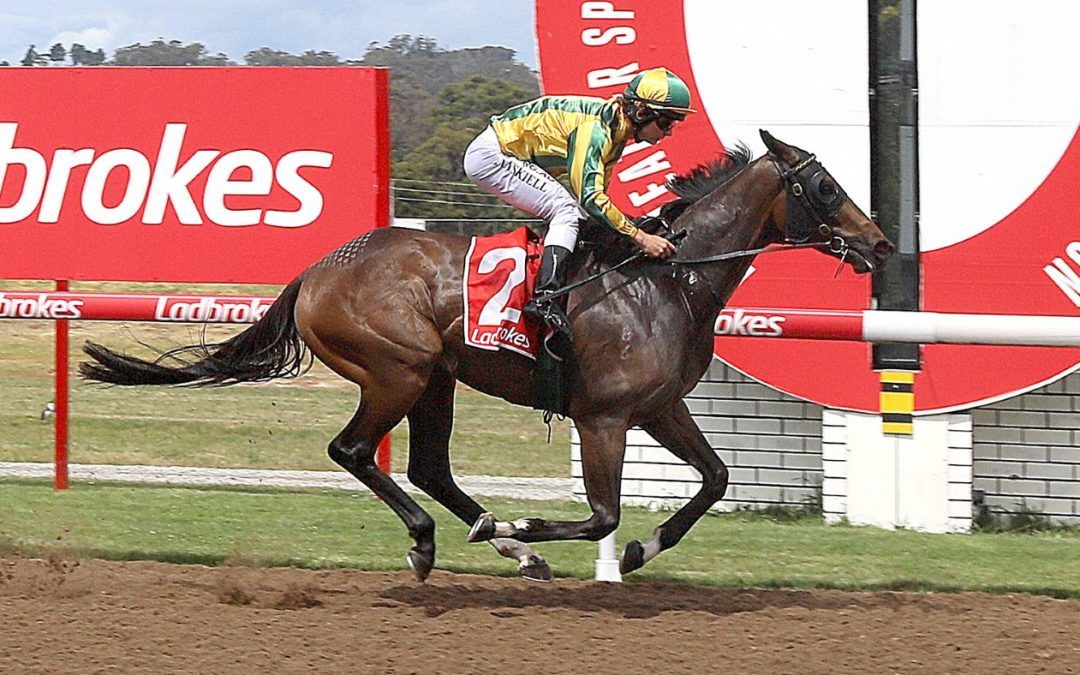 There was plenty of reason for cheer at Devonport on Sunday as the Leanne Gaffney trained Artuso brought up a double for Motree Thoroughbreds during the final meeting before Christmas.

The son of Tough Speed was not for catching as star apprentice Kyle Maskiell took the 4yo gelding straight to the front and was never seriously challenged to run out a two length victor.

It was a well deserved win for the remarkably tough and consistent galloper and a credit to his handling from the Gaffney stable with Artuso having now recorded three wins and four minor placings since resuming in late June of this year.

The victory continues the fantastic run of form of the stable who sit third on the statewide premiership and continue to strike at an impressive 25% winners to runners over the past two seasons.

Gaffney is quick to credit the work of her team and son Clinton, with whom the association with Motree Thoroughbreds began, through his breaking and pre-training service.

It was Leanne however who after observing two horses Clinton was working on at the time, suggested leasing the horses from Mandy and a relationship was born.

It has gone on to prove a great success for both parties with the previously mentioned horses , Artuso and Up Wind having won a total of nine races thus far.

There is plenty of additional excitement in the air, with the pair combining with last start Tasbred bonus winner and exciting 3yo Weldborough who is currently on the Tasmanian Derby trail.

Leanne, a 2nd generation horse trainer, is no stranger to feature race success, having won a Launceston Cup with the talented stayer Shykoski alongside last years Devonport Cup winner Newheart, who will be aiming to go back to back in 2021.

There will however, be no such lofty heights for Artuso, with Gaffney happy to keep placing him to advantage whilst going through his grades and picking up prizemoney.