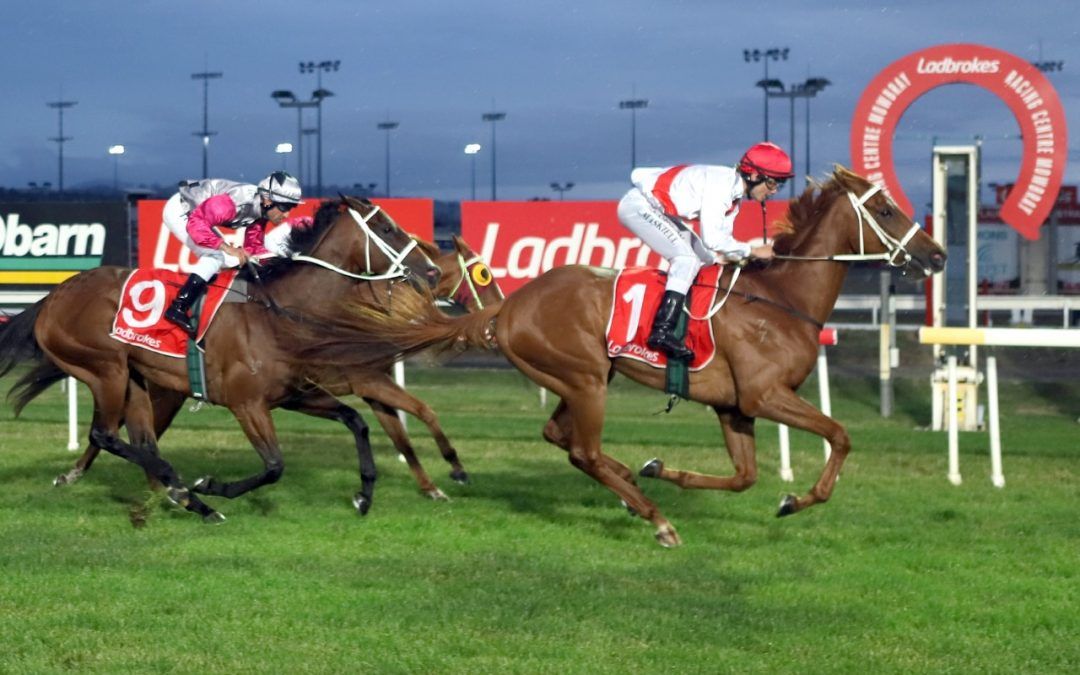 Exciting Motree 2019 Tasmanian Magic Millions graduate First Accused put his Tasmanian Guineas credentials on show at Launceston on Wednesday night relishing the step up to 1400m to comfortably account for his older rivals.

Allowed plenty of time to find his feet the son of Turffontein appreciated a patient ride from star apprentice Kyle Maskiell in the early stages.

Favourite backers may have been a little anxious before the turn, with the odds on pop still many lengths off the pace, however the Tasbred 3yo quickly gathered in his rivals once balanced up to score what was a decisive victory on the line, in the process overcoming what appeared to be a bias towards the inside lanes on the night.

Maskiell was full of praise for the promising chestnut post race, describing him “as a big baby, with a lot of upside to him”.

It was another Motree bred son of Turffontein , Mandela Effect who took centre stage in the following race, the nights feature race the Conquering Stks (LR).

Unfortunately the Scott Brunton trained galloper found the task of making a long sustained run out wide beyond him however lost no admirers in running on gamely for third behind star mare Toorak Affair and the classy Mystical Pursuit who measured right up at her first attempt at WFA .