White Cliffs keeps it all in the family 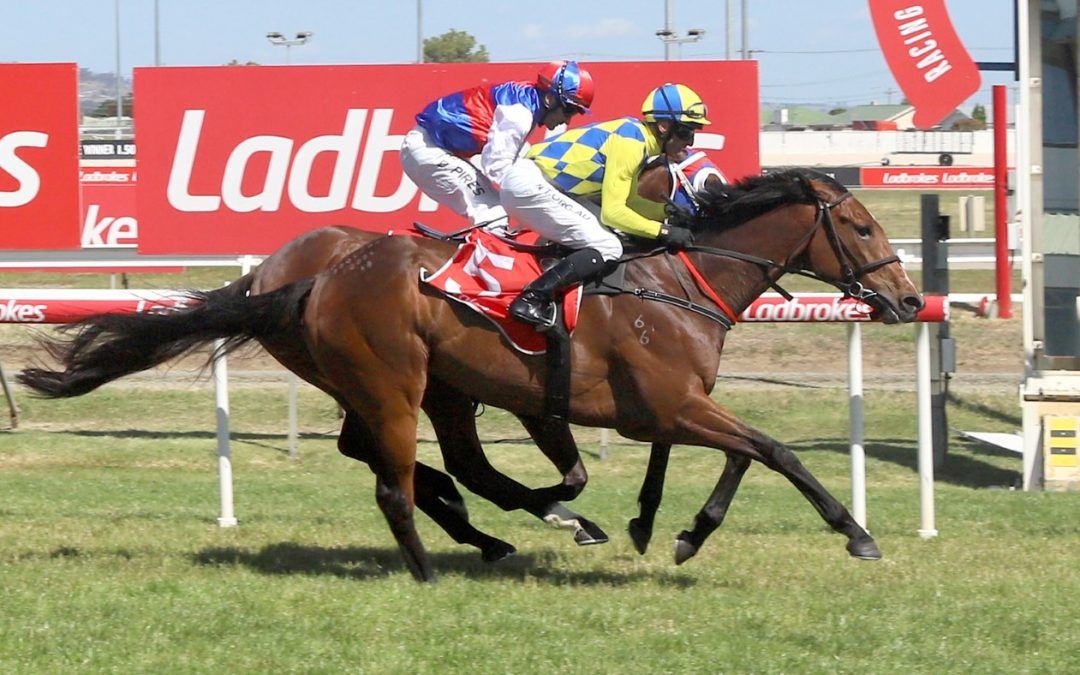 It was a proud mother who welcomed the Angela Brakey trained White Cliffs back into the winners circle at Launceston yesterday.

“Val” can be seen on a regular basis at Tasmanian racetracks cheering on the horses raced by her daughters Mandy and Ange and one would suspect it is always a little bit more special when the two combine.

Owned and raced in partnership by Ange and sister Mandy, the Motree bred galloper showed an abundance of talent earlier this year when winning three on the bounce before transferring to the mainland when racing ceased in Tasmania due to the COVID – 19 lockdown.

The Motree bred galloper was a shadow of his former self on his return to the apple isle and it has been a long road back to full health for the son of Canford Cliffs x White Yard.

A combination of growing pains and muscle issues has seen plenty of hard work put in behind the scenes to get the 4yo back on track.

After being reluctant to “let down” in recent starts Brakey is also quick to credit farrier Andrew Wilson with some shoeing adjustments providing the final piece of the puzzle, evidenced yesterday as the gelding knuckled down strongly to prevail over Shampz Again, in what was a two horse war over the final furlong.

White Cliffs is a son of Motree Thoroughbreds foundation mare White Yard, the first mare raced in partnership by Ange and Mandy back in 2008.

Little did they know then what lay ahead, with Angela going on to forge a successful career as a racehorse trainer at her Grangemoore stables whilst Mandy threw herself into the breeding aspect developing what is known today as Motree Thoroughbreds.

The team will be back in action on Wednesday night with another son of White Yard – the ten time winner White Hawk tackling the 2100m BM 84 after turning in a pleasing performance first up in the Golden Mile.