Hot Wired burns the candle at both ends 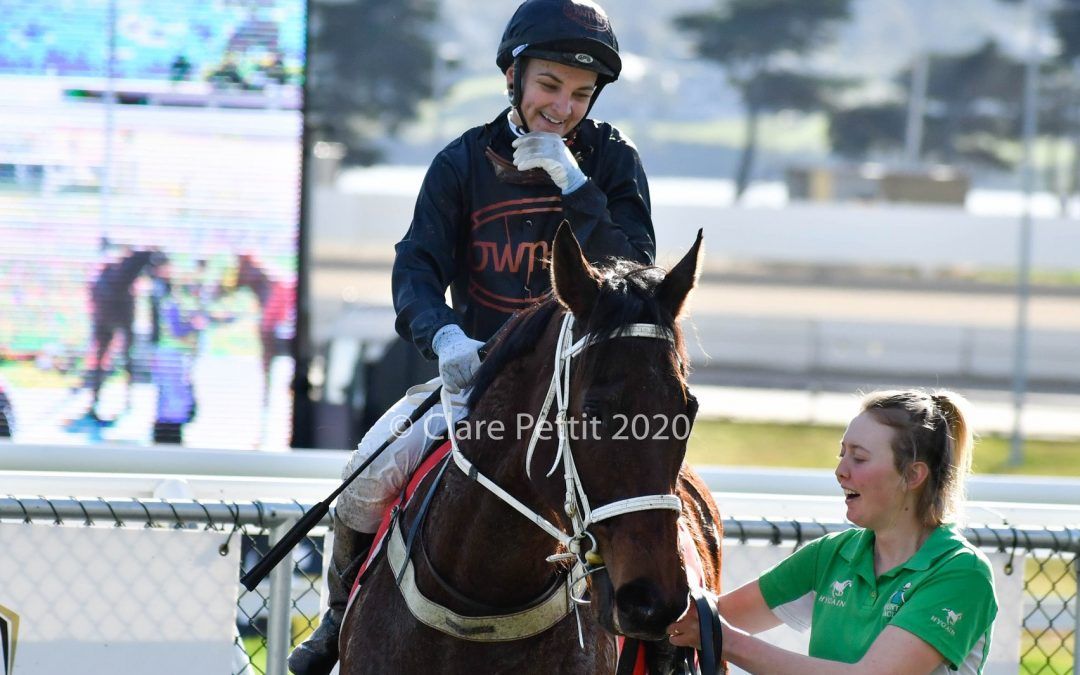 Hot Wired turned in a “plucky” performance winning his maiden at Elwick on Sunday at just start number two.

Hot Wired ($3.40) missed the start by a length and Catania had to urge the three-year-old forward and he quickly made up ground to settle midfield.

The gelded son of Pluck continued to work his way towards the leaders but upon straightening he was still well off the leader Golden Egg ($3.60) that had tried to pinch a winning break.

Outsider Little Hot Missile ($21), from the John Luttrell stable, was sweeping down the outside and looked set to overhaul the leader but just when he was about to storm to the lead, Hot Wired found a bit extra under strong hands and heels riding from Catania.

Hot Wired was one of the best efforts on what was the last meeting to be held in Hobart for nine weeks, which will give the track time to recover from the wear and tear it has endured following the announcement that racing in the state would resume after being shut down on 2 April.

It was an incredibly pleasing performance for the Motree owned galloper whose dam Morena was purchased by Mandy carrying “Hot Wired” in foal at the time.

Described as a nervous horse when he was younger Mandy paid tribute to great work done by respected horseman Andrew Wilson in building the horses trust and confidence ahead of his racing career.