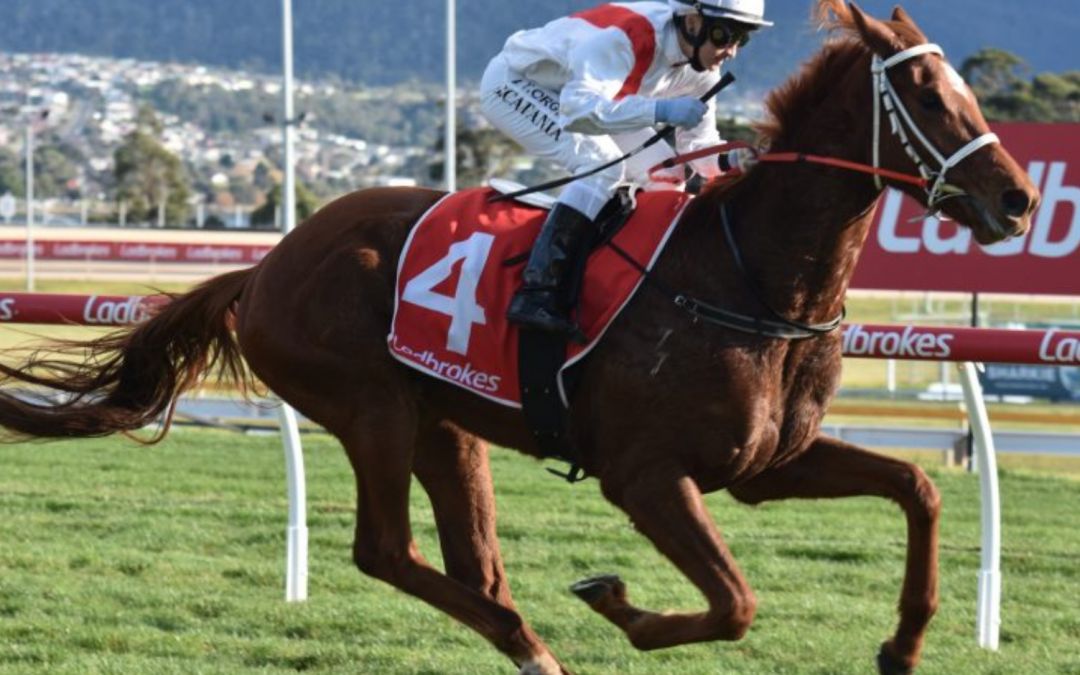 First Accused proved the value of strong trial form by scoring an impressive debut win in a 2YO handicap over 1200 metres in Hobart on Sunday.

The gelded son of Turffontein had performed well in recent trials in Hobart and although beaten at his most recent trial he went to the line under a strong hold that gave trainer Scott Brunton plenty of confidence about his chances on debut.

First Accused ($5) settled third while Entrapped ($5.50) set a solid tempo up front with the favourite Gee Gee Goldenlass ($2.90) camped on her heels to the home turn.

Entrapped kicked clear and looked set to win 200 metres out, but that’s when First Accused lifted his game and despite running about due to greenness, rider Georgie Catania was able to take control and guide him to an almost two-length win.

“I’ve had a lot of success with the progeny of Turffontein and this one could be one of the better ones,” Brunton said.

“He did a lot wrong today, but he still won and that’s the sign of a very promising horse.

“Anyone who watches the trials closely would have backed him today because that’s where he showed his promise for all to see.”

Brunton said First Accused would be spelled and most likely have his next start in a feature 3YO race in September.

Shampz Again ($3.30 into $1.50) gave the Brunton stable a race-to-race double and formed part of a four-win haul for the stable on the 10-event card.

Shampz Again showed a brilliant turn of foot in the home straight to leave his rivals in his wake, scoring by almost three lengths from first-starter Indigo Girls from the Graeme McCulloch stable with Real Acclaim a close-up third.

It was an impressive maiden win and will most likely not be the three-year-old’s last this preparation.

Fragment returned to form with a game win in an open handicap over 1400 metres at what was his first start on home soil since returning from an unsuccessful interstate campaign.

Kuroset wrapped up a good day at the office for Brunton when she powered home to win a benchmark 66 handicap over 1200 metres.

The three-year-old filly took a while to come to terms with racing but she definitely knows what it’s about with this her second win in three starts.

Kuroset ($6.50 into $3.90) started favourite after solid backing even after scratchings and the win gave the Kuroshio filly’s rider, David Pires, his third win for the meeting and all for Brunton, for whom he is the number one stable rider.