Roach has a tad more confidence in his 4YO mare 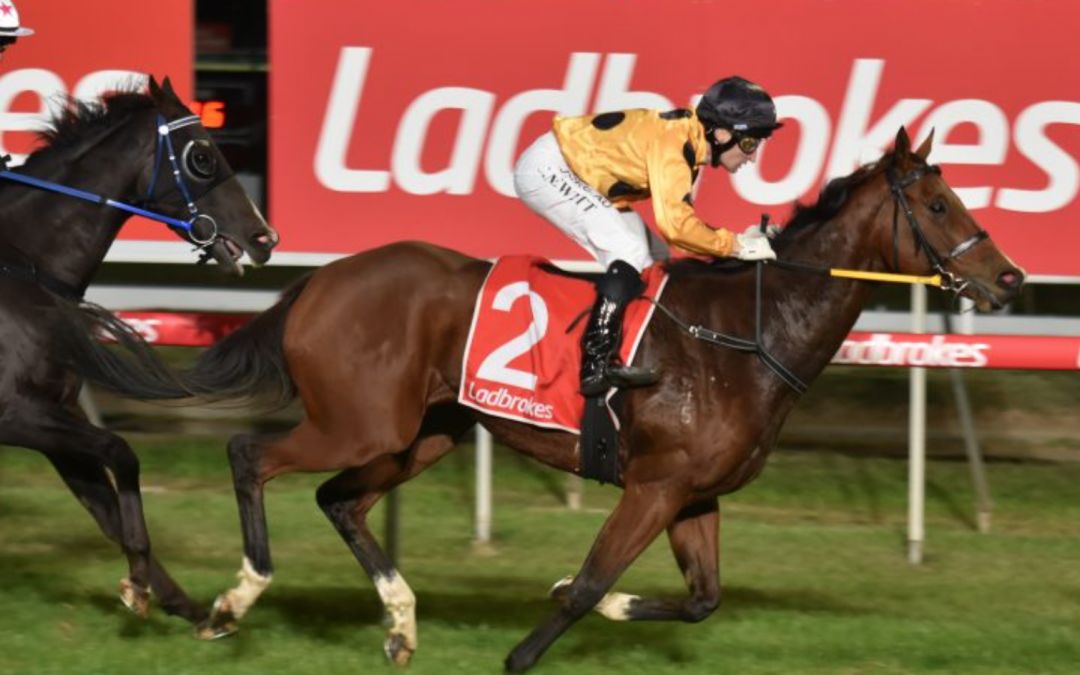 Thoroughbred trainer Chester Roach has always been confident his four-year-old mare A Tad More would eventually emerge as a serious racehorse, but she hasn’t always been able to produce that ability in her races.

In Launceston last Wednesday night the daughter of Needs Further delivered a career-best effort to win a maiden-class one over 2100 metres to suggest she might now be ready to live up to her trainer’s expectations.

With Craig Newitt aboard, A Tad More ($6.50) trailed the favourite Rhode Away ($1.35) that led and looked to have the field covered at the top of the home straight.

But when Newitt eased the mare off the rails to challenge the end result was never in doubt as she swept to the lead close to home and went on to defeat Rhode Away by a length with British a distant third.

It was the mare’s second win from 18 starts but as her trainer, who trains from a modest-size property at Sidmouth, says she probably should have won five or six.

“She ran The Inevitable to just under a length on debut and we all know what he has done since, including winning a $500,000 race (Silver Eagle) in Sydney.

“I can’t count the number of times she should have won races but many times it was by her own doing,” Roach said.

“She used to get all fizzed up at the races and she threw herself down in the mounting yard once and that could have been disastrous.

“But she became a real handful at the races and at home and did things that prevented her from showing her full ability.

She is still a work in progress but she showed what she’s capable of last Wednesday night and that was her first try at 2100 metres and I’m sure straying is going to be her forte.”

Roach only had a couple of horses in work at the end of last week but with the Government shutting racing down for at least four weeks due to the coronavirus pandemic, he thought the uncertainty factor around when racing might resume was too great, so he sent his small team to the spelling paddock.

“I must admit I was a bit shocked that racing was shut down because we had very strict safety protocols in place that were working at our race meetings but we must do what the Government says.”

Roach works for PFD Food Services and he had his hours cut back to two days a week, which has opened the door for him to concentrate on home schooling his two children, Jack (11) and Noah (10).