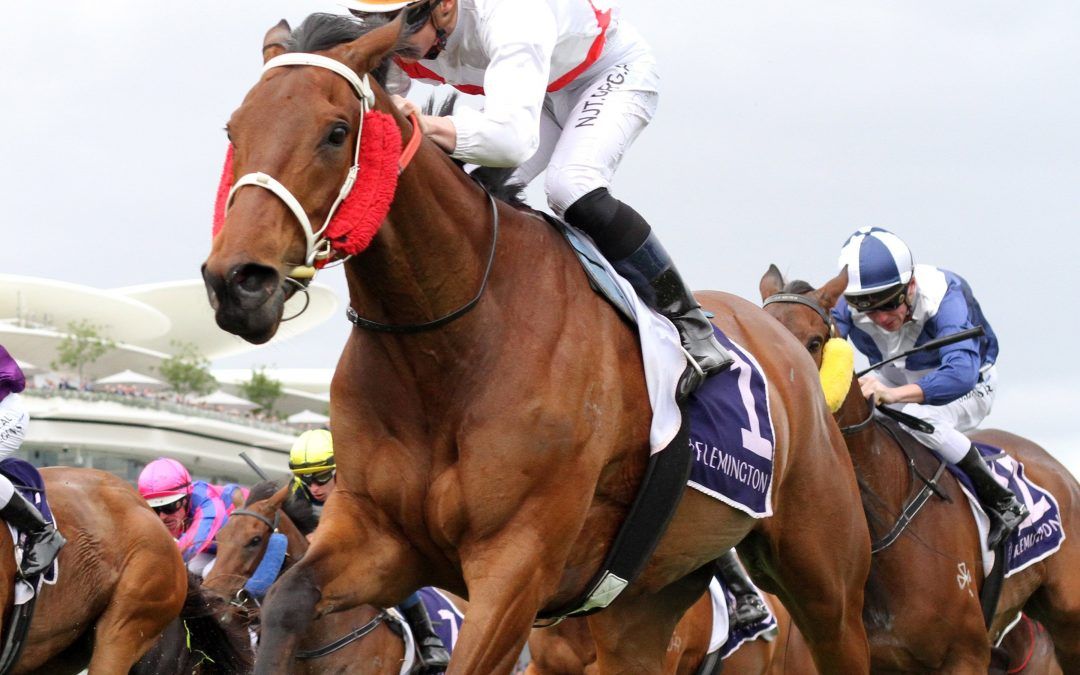 It was first blood to Tassie on Stakes Day as talented five-year-old gelding Mandela Effect held off Godolphin’s fast-finishing Ranier to take out the Cup Week Radio Trophy at Flemington.

Tasmanian trainer Scott Brunton couldn’t have been more pleased with the result, saying he once thought Mandela Effect was the best horse in his stable — until his new star The Inevitable took the next leap.

“He does a terrific job. I once said that he was my best but I think The Inevitable has taken over that crown. He tries hard, it’s good to see him pull it out.”

Jamie McDonald and Mandela Effect (right) edge out Rainer (from left) in the first race.

“I didn’t cheer, I didn’t barrack,” he said. “I had my heart in my mouth the whole way. I thought he was going to get picked up.

“He (James McDonald) probably rode him a little closer than what I would’ve liked and they went pretty quick. I noticed Ranier … tailed out the back. I just thought that we might be a sitting shot but he got the job done.”

McDonald said: ““It felt like every time he felt the other horses coming he surged again.”

“It’s good to get a winner to kick the day off. I’ve got nice chances all day. I reckon Kings Will Dream will run really well (in the Mackinnon Stakes).”