Motree in May – The Word from Waterhouse 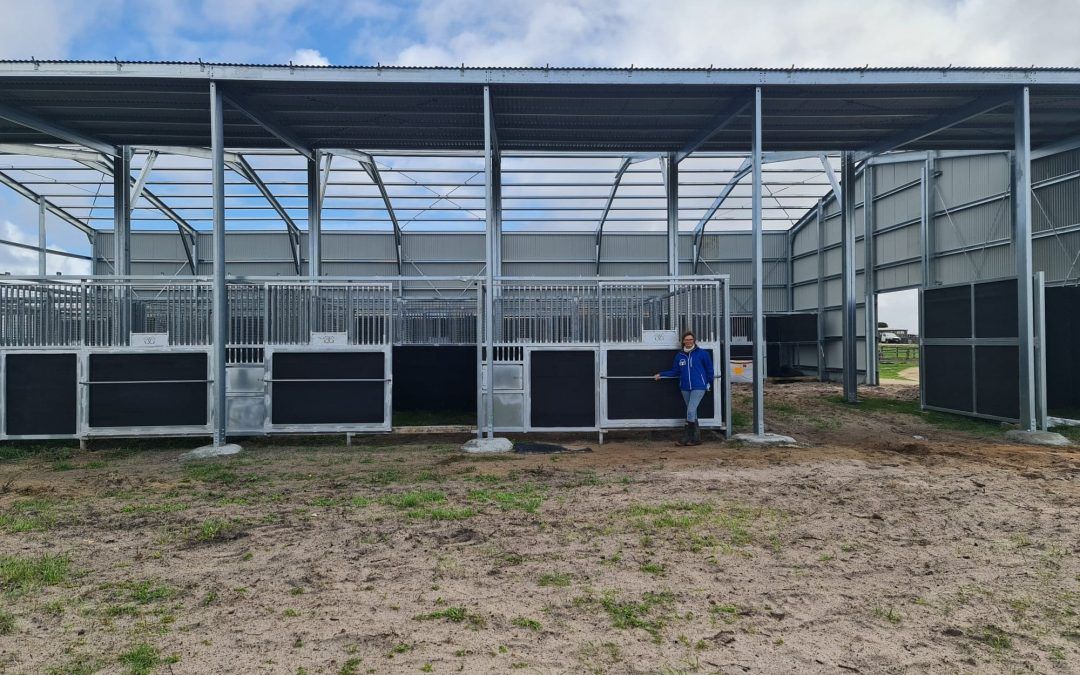 Never one to take a backwards step, Mandy and the team at Motree Thoroughbreds have certainly launched into 2022 with both enthusiasm and optimism.

We hope you enjoy as we reflect on not only another successful Sales Season and Summer Racing Carnival but also update our family and friends on some exciting new developments at Waterhouse.

2022 saw Motree Thoroughbreds send our largest draft yet to Quercus Park for the Tasmanian Yearlings Sale.

Following the trend of recent years it was another pleasing result with 17 of our 20 lots knocked down under the hammer for an average of $35,824 and with our beautiful Needs Further x Lustica Filly topping the draft, going home with  A List Thoroughbreds for 90k.

It was another wonderful week out at Quercus with a big thank you to both our hard working staff and wonderful supporters who shared it with us.

Our Motree bred stars were once again to the fore during the Summer Carnival with some outstanding performances from some of our old stalwarts whilst a couple of our younger gallopers started to realise their full potential.

A true “Iron Horse” White Hawk then proceeded to run third in the Group 3 Hobart Cup, 4th in the G3 Launceston Cup and 5th in the Listed Mornington Cup before placing again at Flemington in Open Grade.

Congratulations to Ange and the team at Grangemoore for a truly incredible campaign, we cannot wait to see what he can do next summer carnival at nine years young.

Mandela Effect (Turffontein x Morell) continued to perform at the highest level as a seven year old going desperately close in many feature races including 125k Listed Tasmanian, Thomas Lyons & Mowbray Stks before recording yet another placing this time at Group 3 Level in the Easter Cup at Caulfield showing he again has lost none of his zest for racing.

Glass Warrior (Glass Harmonium x Hissy Miss) was another who preformed admirably throughout the carnival with finishing runner up in the Sheffield and Summer Cups ( behind White Hawk – providing Motree with the quinella for the second year running) before running fourth in the Group 3 Launceston Cup. Our 2021 Launceston Cup heroine can ceratinly hold her head up high finishing off her campaign for John Blacker and his team with first five finishes in both the Group 3 Hobart Cup and 50k Tasmanian St.Ledger.

First Accused (Turffontein x Keep on Talking) announced his arrival as a major player when recording narrow placings in both the 125k Listed Newmarket Hcp & 30k Winzenburg Qlty before going on to win his next three straight in emphatic style highlighted by his five length victory in the 65k 3&4yo Tasmanian Magic Millions Trophy with the Motree bred Azara finishing runner up to provide Motree with another feature race quinella.

Galenus (Magnus x Morell) the enigmatic galloper from the Brunton Stable proved he was back to his best with an all the way victory in the 50k Royal Rambo Qlty before repeating the dose over the same course and distance in March. The exciting sprinter then  went agonisingly close at Caulfield on Saturday where he finished a close up third after being run down in the shadows of the post.

If you Build it they will Come – Waterhouse Works Update

Visitors to Motree will certainly notice some major changes when coming up the drive way next with the construction of our stable complex at Waterhouse well and truly under way.

We are excited to announce the addition of a 17 Box Stable Complex complete with six horse undercover walker.

We believe this investment in infrastructure will allow us to continue to handle our growing bloodstock numbers with a record 45 mares due to foal down this season whilst no doubt putting a smile on the faces of the staff during the colder winter months.

After years of stating she would never stand a stallion a chance opportunity presented itself which just felt right.

Never one to shy away from a challenge Mandy and the team at Motree Thoroughbreds have grabbed the bull by the horns and are thrilled to introduce the arrival of our first ever stallion “Quick Thinker”.

Winner of the Group 1 Australian Derby, Quick Thinker is a son of current sire of the moment “So You Think” who secured an incredible G1 treble at Randwick just days after our purchase.

We would like to thank Terry Henderson and the OTI Group for entrusting us with this opportunity as we are excited for the what the future holds and hope in time Quick Thinker will prove to be another welcome addition to the Tasmanian Breeding Industry.

Can you repeat that? – Introducing Sean O’Donovan

With our expanding bloodstock interests we are pleased to announce our incredible hard working team has also been bolstered with the arrival  Sean O’Donovan aka “Irish Sean”.

For those yet to have met Sean at this years Yearling Sales he is a great fit to our team and comes to us with a wealth of experience both in Australia and abroad.

Sean has already proven to be a great asset to us at Waterhouse providing us with the ability not only to foal down our own mares but the confidence to stand a stallion as Sean possesses both the knowledge and experience that comes with being a seasoned stallion handler.

Always up for a chat and a laugh Sean generally comes with an interpreter for those who struggle with thick Irish accents.

Mandy & the team at Motree