The Life of Brian 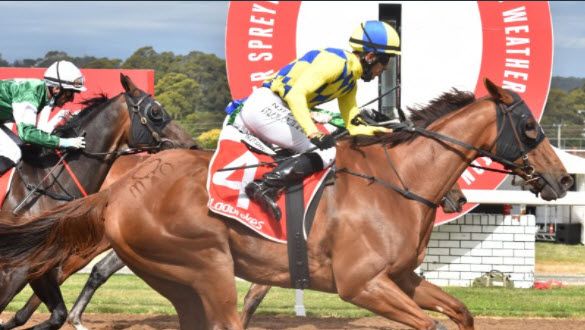 When Mehmet Ulucinar rose high in the irons to salute his biggest win in the 100k Devonport Cup on Wednesday it signaled another remarkable chapter in the life of White Hawk.

The popular galloper is better known around the stables of Angela Brakey as “Brian” and this is where our story begins.

The son of Motree Thoroughbreds foundation broodmare White Yard was born on the morning of Grand Final Day back in 2013 and it was quickly decided he would be named after the winner of the Norm Smith Medal later that afternoon.

With the honour going to rugged Hawthorn defender Brian Lake, the young son of Tough Speed’s fate had been sealed and he was to be known as “Brian” from this point on, with his race name later paying tribute to the winning team – the Hawks.

It has been an apt name for the evergreen warhorse as like his namesake on the field White Hawk has become known for his toughness and tenacity on the racetrack.

Back on the North East Coast, far away from the excitement and celebrations of the Devonport Cup presentation, a quietly spoken man was pottering away at home with a $10 ticket on the winner in his pocket.

Anton Ebbelaar, affectionately known as “Dutchie” has been a part of the Life of Brian from the beginning – responsible for not only the kind education of White Hawk as a young playful colt, but all of Motree’s treasured foals since.

Dutchie is at his happiest when spending time with the young foals, patiently educating them to pick up their feet and calmly accustoming them to human interaction.

As Motree has continued to grow and thrive in the years since, two constants have remained – Dutchie & Brian.

Both are foundation members of Motree Thoroughbreds and both have left an undeniable mark on all out at Waterhouse.