Sisters are doin it for themselves 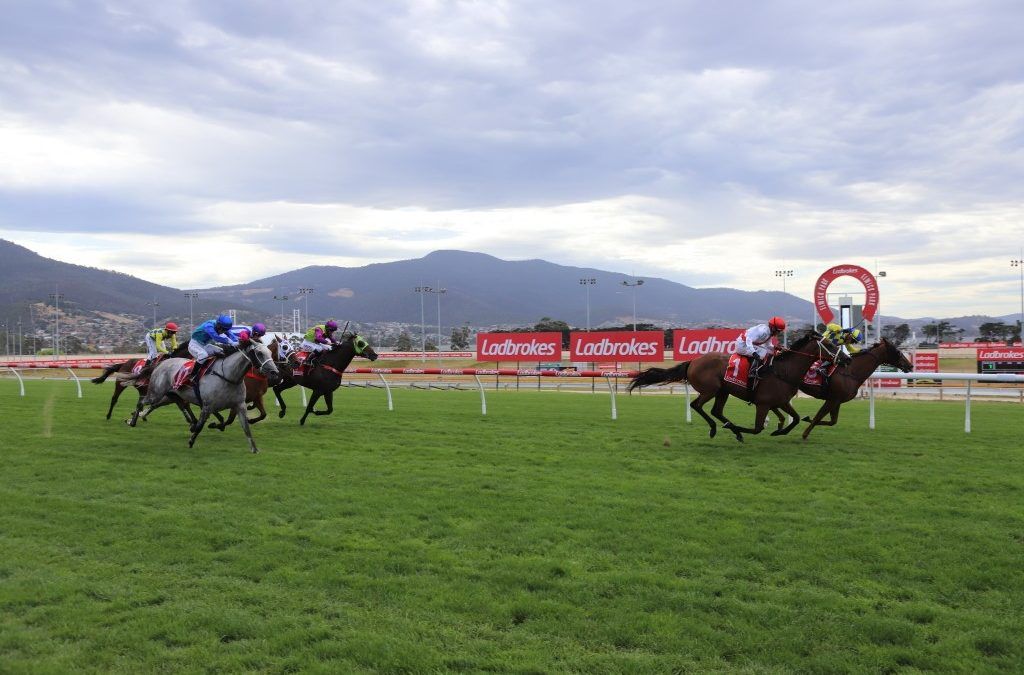 White Hawk powered his way into next month’s Ladbrokes Hobart Cup field with a bold front-running display in the weight-for-age Tasmanian Bloodstock Summer Cup in Hobart on Sunday to reaffirm his trainer’s belief that the gelded son of Tough Speed has what it takes to win a major cup.

Much to the chagrin of most punters, White Hawk delivered his best effort this season at bolters odds of $101 with Victorian jockey Stan Tsaikos aboard, but his trainer Angela Brakey was far from surprised at the result.

“I have maintained all along that this horse is a down and out stayer that needs to be ridden a certain way to get the best out of him, and Stan (Tsaikos) delivered that ride,” Brakey said.

“At his past few starts he has been ridden back in the field and when he gets cluttered up and not allowed to roll along, he can’t do what he did to win this race.

“He’s been running into the backs of other horses in previous starts, so I was rapt when Stan took him to the front and allowed him to roll along and do what he does best.

“He is very fit and that’s going to be an advantage when he gets to both major cups.”

White Hawk started three times within the space of a week recently but Brakey says the gelding thrives on racing.

“I’ve worked out that this horse thrives on work and having three runs in the space of a week had no effect on him mentally or physically.

“We now don’t have to worry about being balloted out of the Hobart Cup because winning this race removes that from the equation.”

Brakey also had White Cliffs engaged in the Summer Cup and while the four-year-old finished sixth and beaten 4-1/2 lengths, the Canford Cliffs gelding was never better than three-wide the trip but kept finding to the line.

“The run of White Cliffs was excellent given what he had to do in the race, so on that effort I believe he will run the trip (2400m) in a major cup.”

Mandela Effect was a game second and probably wins had the race been 50 metres further, so the Scott Brunton-trained gelding looks set to have his first run in a major Cup on 7 February.

Mandela Effect settled fourth and loomed to win in the home straight but ran out of ground to fail by a long neck.

“If there was any doubt about Mandela Effect having staying ability, it was removed by his first run over a trip and he will have his next start in the Hobart Cup,” Brunton said.

Glass Warrior ($14) ran home well from near last to finish third and three lengths from the winner and it pleased his trainer John Blacker.

The first three placegetters in the Summer Cup were bred by Brakey’s sister, Mandy Gunn from Motree Thoroughbreds, believed to be the first time a Tasmanian stud has snared the trifecta in a feature staying race.

Motree Thoroughbreds have dominated this season and Gunn says she has many yearlings entered in this year’s Tasmanian Magic Millions Yearling Sale that will attract plenty of attention.

The sale will take place on Monday Feb 22 at for the first time at Quercus Park, Carrick.

Click on the link below to view the full Motree Thoroughbreds draft which includes a half sister to White Hawk and a full brother to Mandela Effect.