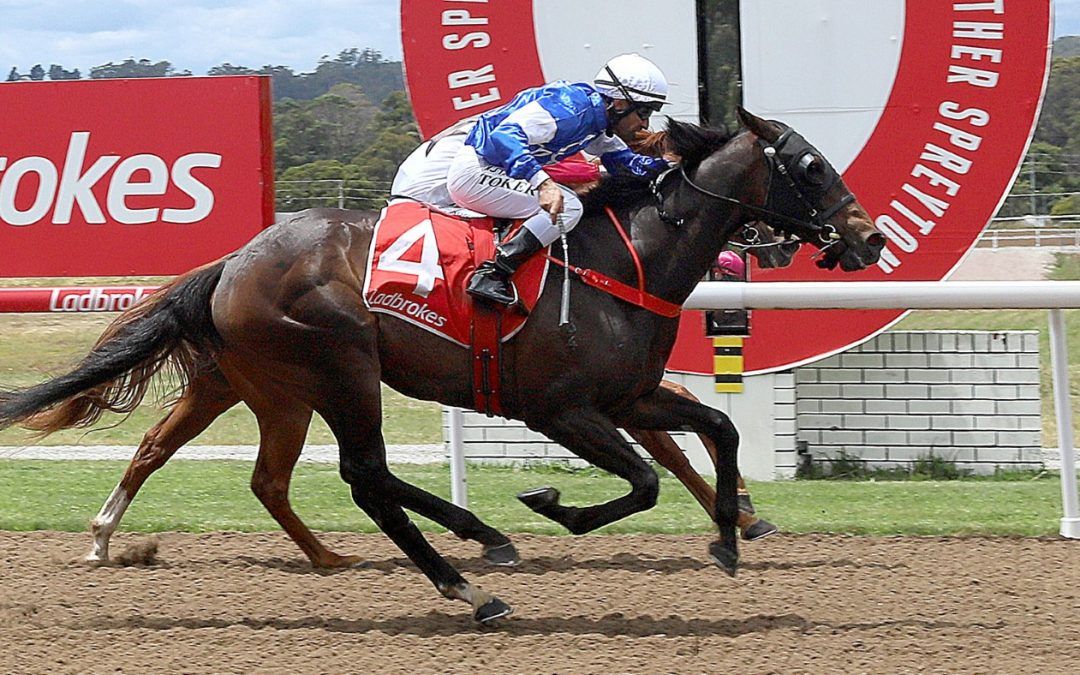 Banca Nip continued his good form this preparation under the care of Rowan Hamer when snatching victory in the shadows of the post at Devonport on Sunday.

Given a patient ride in the early stages by jockey Ismail Toker, the son of Ustinov settled towards the rear, enjoying the hot tempo set up front by topweight Skip Town Mike.

The Motree bred galloper had plenty left to do approaching the 600m mark and despite beginning to improve rapidly, appeared destined to settle for a minor placing as race favourite Gregorian Chant dashed to a clear lead.

The race changed complexion quickly inside the final furlong however, with the leader appearing to stargaze when left in front a long way from home.

Meanwhile, Banca Nip continued to find find the line out wide under Toker, with the duo arriving in the nick of time to combine for their third win from just the four starts with the hoop aboard.

The victory was the first leg of a double for Hamer, who went to score later in the day with another recent addition to the stable in the 7yo gelding Barjeel before narrowly missing out on a treble when the well travelled veteran Ragu finished a desperately unlucky second in the final event.

It was a red letter day for the astute young trainer, who operates a boutique stable out of Triton Lodge which is based in Lower Barrington, around a ten to fifteen minute drive from Spreyton racecourse.

Raised on King Island, racing is certainly in the blood for the horseman who is a cousin to former successful apprentices Shaun and Justin.

Rowan honed his craft in Victoria working with trainers Mick Kent and Pat Hyland before returning to Tasmania four years ago to take out his own license.

Together with fiancée Claire, whom he met working at Armidale Stud twelve years ago, the hard working pair have continued to grow their stable on the back of success with second hand horses.

With the introduction and impact of the lucrative Tasbred bonus scheme Hamer is keen procure the support to become more active at the yearling sales in the coming years as Claire and himself look to expand their team.

As for Banca Nip, Rowan is keen to step the stoutly bred galloper up to the 2100m next start, with a trip to Elwick earmarked for January 8.