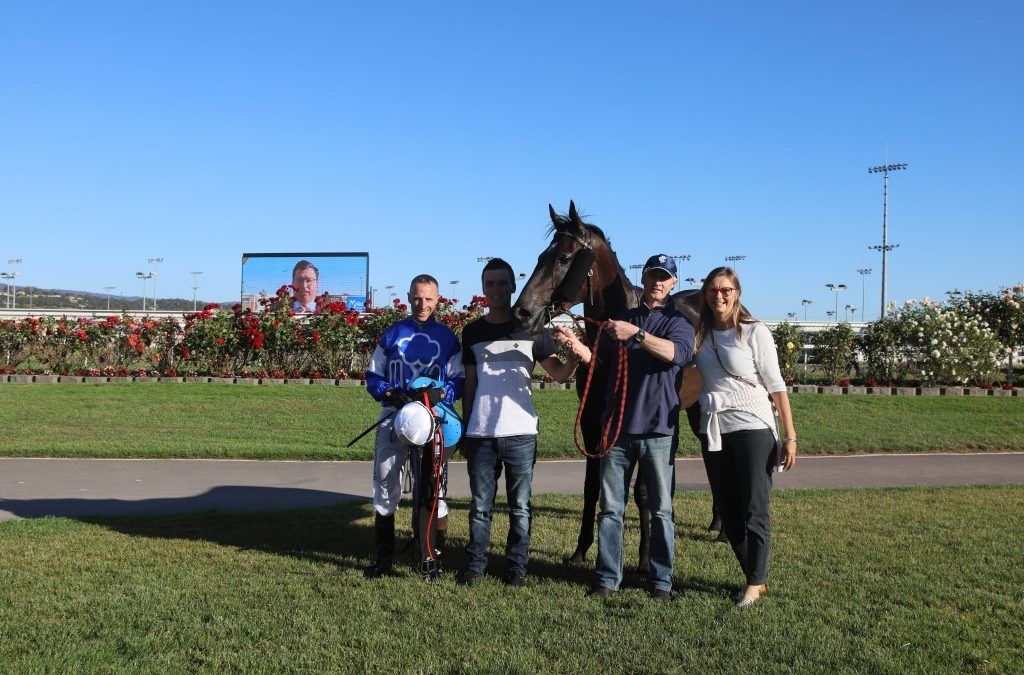 Resuming after a promising debut effort as a 2yo at Devonport back in July, the exciting Motree bred and raced 3yo Weldborough created a big impression when scoring in the opening event at Launceston on Wednesday night.

Named in honour of the historic Weldborough Hotel and its township of eighteen people, the name is a throwback to the fond memories Mandy has of her time as co-owner and licensee of the pub which is nestled at the bottom of the iconic Blue Tier mountain bike trail and located midway between Scottsdale and St Helens.

With the lucrative Tasbred bonus on offer, the maiden attracted a field of considerable strength, with the son of Mawingo (GER) solid on the second line of betting at $3.60

As the leaders began to feel the pinch on straightening, Weldborough continued to track up behind the speed, travelling kindly under McCoull.

Once in clear air the striking black gelding knuckled down strongly to reel in game debutant Thelma with well performed maiden Gee Gees Jennia back in third place.

Weldborough is the final foal of broodmare Aqua Street and a reward for the persistence Mandy showed with the mare despite having little luck with her progeny to date.

A daughter of the royally bred Waterford Road (Danehill x Kensington Gardens), Aqua Street was acquired through Peter Douglas of Douglas Bloodstock who Motree have used with great success in the past sourcing bargain basement broodmares such as Hissy Miss (dam of Glass Warrior and Banca Nip) and Uberwald (dam of Uber Ed and Turk Delight).

The win also justifies the belief Mandy has shown in G1 winning stallion Mawingo (GER) who stands at Grenville Stud in Tasmania, with Weldborough joining Turk Delight as progeny of the stallion who are among the states more promising young 3yos this season.

Describing him as ” a great type with lovely movement” Mandy has again supported the German bred stallion this year with broodmare Bunker Star.

As for Weldborough the future looks bright as he continues to blossom with each preparation, prompting Mandy to declare “he is developing into a horse with one of the best physiques I have bred”.