And the winner is … Syd 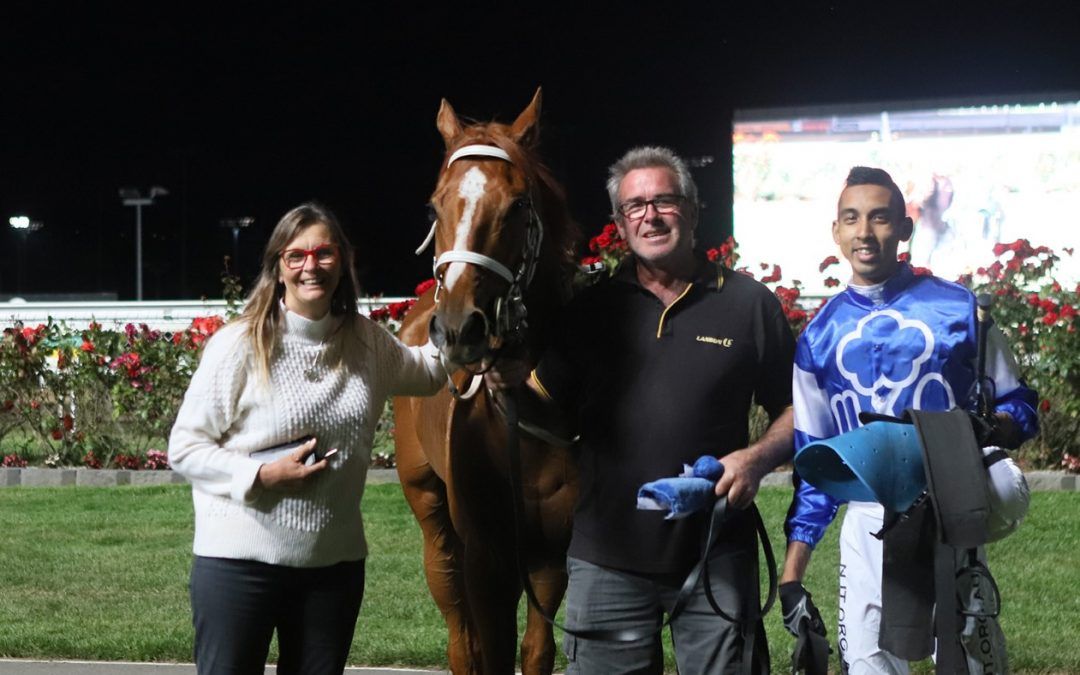 Banca Syd continued his great run of form on Wednesday night when scoring in the 2150m BM74.

Atoning for a luckless placing over the course back in November the late bloomer was aided by a terrific ride from young apprentice Brandon Louis who is quickly building momentum since joining the Cameron Thompson stable earlier this year.

The likable 25yo has quite a backstory hailing from a non racing family in Mauritius.

It was a baptism of fire for a young fourteen year old boy where the first horse he threw a leg over was at trackwork for local trainer “Ramadin” who had a small stable of around 20 horses in work.

With the apprentice ranks in Mauritius extremely hard to break into, Louis who towers over most of his peers at 5’8″ but can incredibly ride at 53.5kg, honed his skills at trackwork until finally securing an apprenticeship in Malaysia at the age of 18.

On returning to Mauritius to continue his apprenticeship, the trilingual jockey (Creole, French and English) found it difficult to get opportunities and headed to New Caledonia for a short stint to gain more race riding experience.

2018 was a turning point for the journeyman when he was one of 30 young Mauritian apprentices selected by John Claite to travel to Perth on a three month loan.

Louis was fortunate enough to be placed with one of the states leading trainers in Neville Parnham, and following a two month orientation period began race riding in the Wildflower State where he recorded six winners for the month from just 40 rides.

Returning to Mauritius the confident young rider went on to run a narrow second in the 2018 Champion Apprentice title, finishing third in the overall jockeys Championship riding against the likes of Daniel Stackhouse and James Winks.

With visa issues preventing him from taking up a contract with highly respected Singapore trainer Steven Grey, Louis enjoyed another 3 month stint in Perth where he recorded another 10 winners before a fall and associated injuries saw him spend five months on the sidelines in 2019, ruling out another crack at the apprentice title.

Stepping in once again, Mauritian born and Perth based riding master John Claite suggested the growing landscape of the Tasmanian racing scene as an ideal fit for 1.5kg claimer.

Following a chat between Claite and Tasmanian apprentice master Stephen Maskiell, Loius was on his way to the Cressy stables of Cameron Thompson where he has not looked back, notching his 13th win for the season on Wednesday night aboard the Motree bred and raced Banca Syd.

Firmly entrenched in the top ten on the premiership table, he is enjoying his time thoroughly, crediting master Cameron Thompson and senior jockey Brendan McCoull as great mentors during his time here.

With just under eighteen months left on his apprenticeship, Loius describes racing here as having far better opportunities and prizemoney on offer than in his homeland and is hoping to extend his stay in Australia once his apprenticeship has been completed.

We look forward to watching his fascinating story continue to unfold.