Blinkers do the trick for a genuine Madilogo 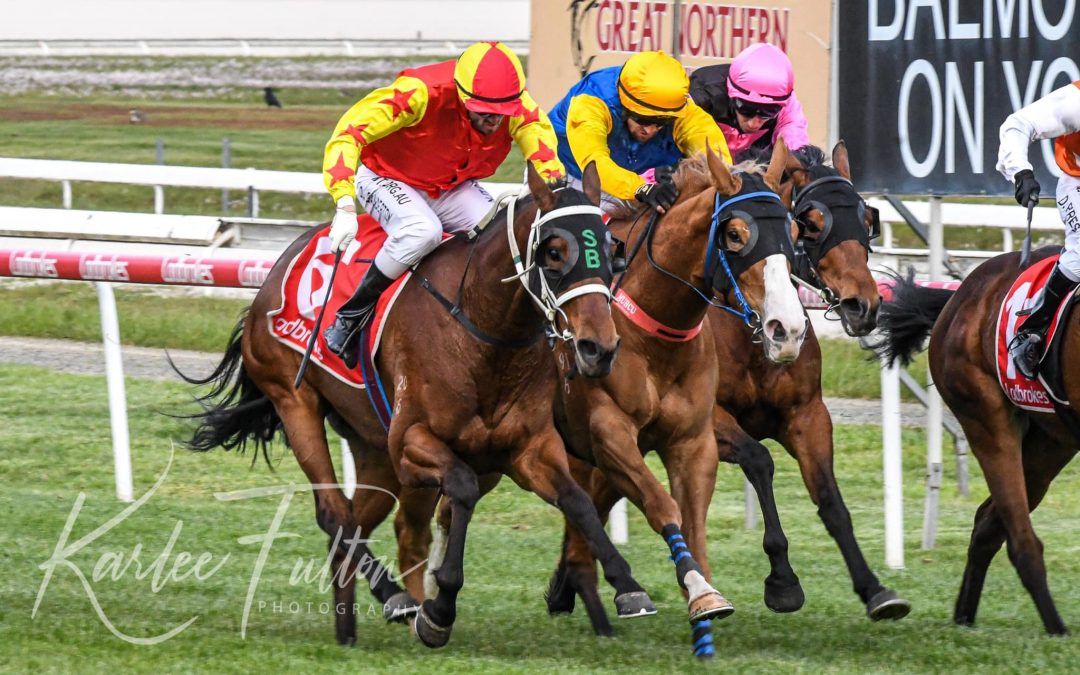 Madilogo appreciated the application of blinkers and a return to the turf to open her winning account at Launceston on Wednesday night.

Aided by a ten out of ten ride from Daniel Ganderton who managed to slot the Denman mare into the box seat from an awkward gate, Madilogo was always travelling sweetly behind the speed before knuckling down strongly when asked to grab victory in the shadows of the post.

It was a welcome return to form for the Brunton trained mare who had been struggling since running a credible fourth in last seasons 1000 Guineas behind Mystical Pursuit.

Madilogo was prepared by Motree Thoroughbreds for the 2018 Tasmanian Magic Millions sales where she failed to reach her modest reserve of just 30k.

Unwilling to let her go breeders Andrew Scanlon (TRC Chairman) and Ron Banks decided to race the filly themselves with Motree joining the ownership group.

A late developer Madilogo was a problem child at the breakers however turned the corner under the patience of Barry Baker and has continued to settle down as she matures.

The win kicked off another pleasing night at the office for Motree with promising returns on resumption from White Cliffs and Banca Nip whilst Artuso continued his good recent form by turning in another honest performance.