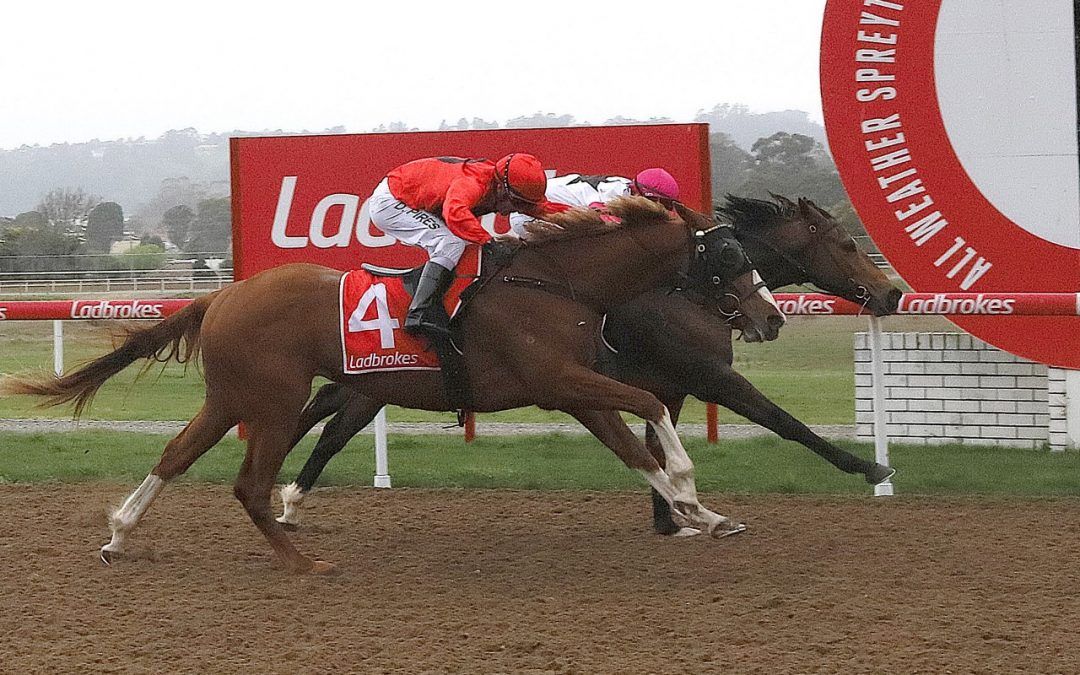 Turk Delight picked up the valuable Tasbred bonus for connections when getting the chocolates narrowly at Devonport yesterday.

Bred by Motree Thoroughbreds and sold for just 16k at the 2019 Tasmanian Magic Millions sale, the son of Mawingo (GER) raced midfield the fence before being presented by jockey Ismail Toker at the top of the straight. The 3yo showed an impressive turn of foot to quickly hit the front with last seasons Tasmanian Derby winner (later disqualified on swab) Vamos Raffa in hot pursuit. The pair drew away to fight the race out with Turk Delight clinging on gamely to hold out his more experienced rival.

From the astute stable of Wesley Vale horseman Glenn Stevenson, the lightly raced gelding still appears to be learning is craft and given the stout bloodlines through his sire Mawingo (GER), there is every reason to be optimistic about what lies ahead in his three year old season and beyond.

Turk Delight is from Invincible Spirit mare Uberwald making him a half brother to talented Motree owned/bred galloper Uber Ed.

Uberwald was picked up by Mandy Gunn for just $1000 online with Uber Ed being the result of Mandys first mating with the mare.

The good news is there is still more to come from the bargain buy with a full brother to Turk Delight picked up by Ballarat trainer Mitch Freedman at last years Tasmanian Magic Millions Sale and a cracking yearling filly by Swettenham Studs current boom stallion Toronado (IRE) set to go through the ring next year.