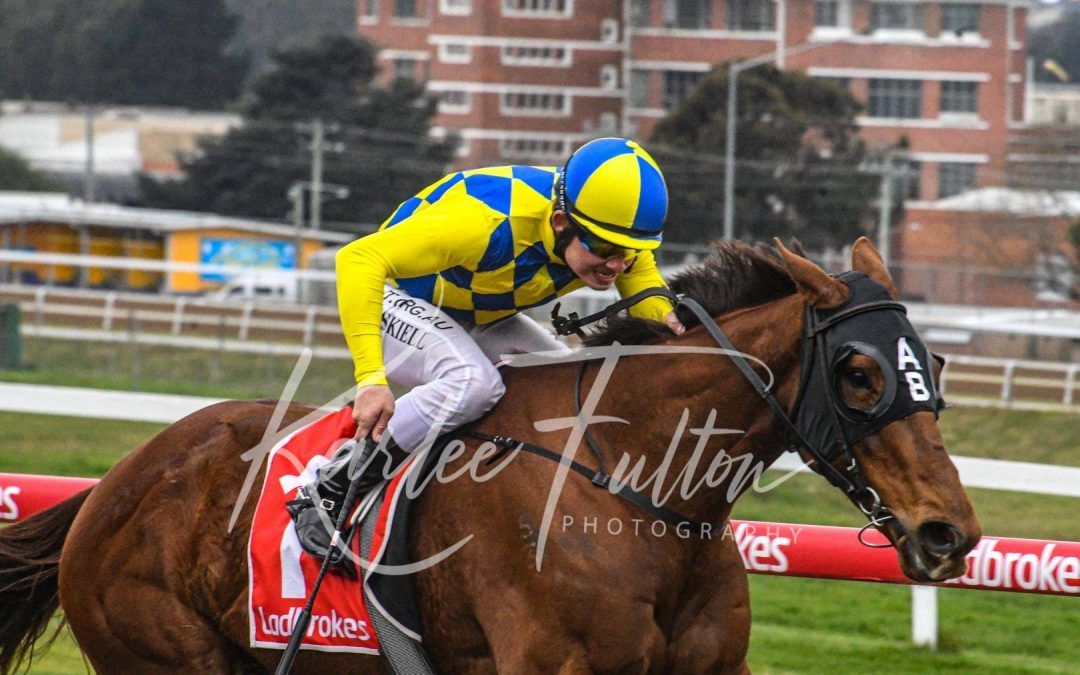 Clearly benefiting from being allowed to roll along at a genuine tempo throughout, the son of Tough Speed and Motree foundation mare “White Yard” proved the superior stayer on the day, proceeding to run his rivals ragged in a widening three length romp.

The win came as a welcome tonic for trainer Angela Brakey who sustained serious neck injuries after being dislodged by White Hawk at Longford trackwork earlier in July of this year.

Fortunately permanent injury was narrowly avoided and a grateful Brakey was on course to celebrate the victory, reporting that she is making positive progress and is hopeful of resuming normal duties next week.

Brakey paid tribute to her staff who have helped keep the stable on track during her absence with the win particularly memorable for track rider Jayde Amber Walters who has taken up the role of regular trackwork partner for White Hawk in recent months.

It was also a red letter day for apprentice Kyle Maskiell and stallion Tough Speed with the win of White Hawk being the second leg of a four-timer for both apprentice and stallion on the seven race card.

The performance cemented another Devonport double for Motree Thoroughbreds as it followed the victory of Artuso (Tough Speed x Royal Fling) who scored impressively in the opening event.

As for White Hawk a possible trip to the mainland is on the cards if suitable arrangements can be made in the coming weeks.