Talented Tasmanian 3YO could be sold to Hong Kong 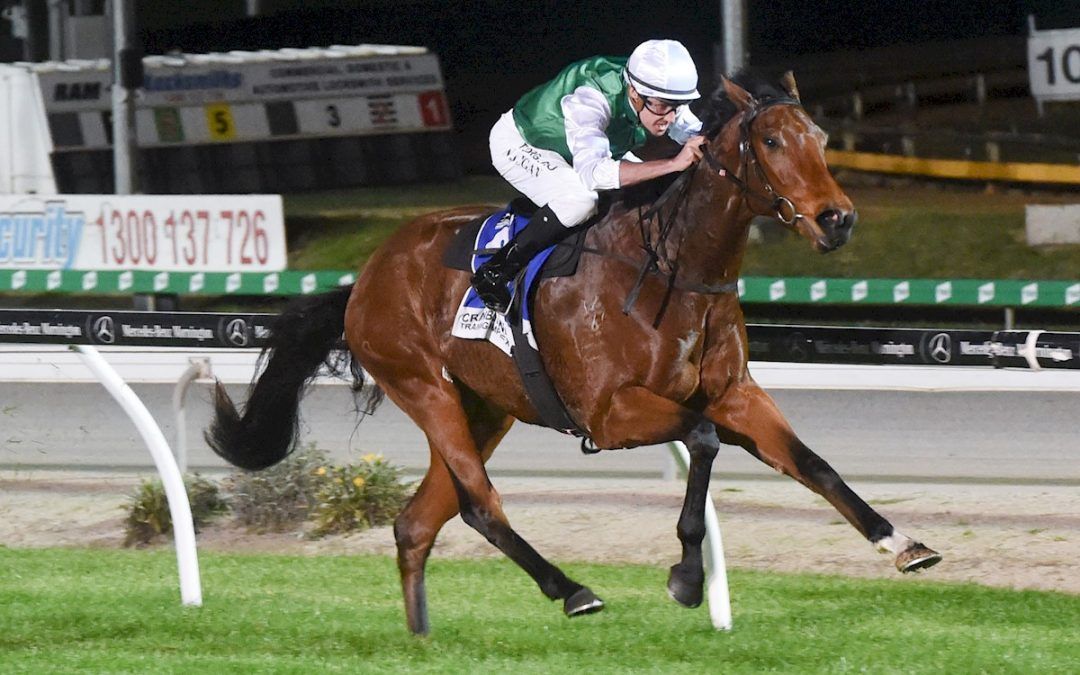 One of Tasmania’s most promising three-year-old gallopers Galenus could be heading to Hong Kong.

Galenus opened his interstate account with an emphatic win in a benchmark 64 handicap over 1200 metres at Cranbourne on Friday night to take his career stats to three wins from four starts.

The Tasmanian-bred gelding (Magnus-Morell) was prepared by Scott Brunton while racing in Tasmania but since the coronavirus restrictions have been in place the horse has been residing with Victorian trainer Patrick Payne.

Brunton, who identified the gelding’s potential long before he made his debut as a two-year-old in May last year, says there have been many inquiries from Hong Kong interests before and since Galenus won on Friday night.

“Galenus is a very smart horse with a huge future but the interest is so strong from Hong Kong that he will more than likely end up there,” Brunton said.

“I have to do what’s best for the owners so if the money is right the horse might not race here (Australia) again.

“He is a half-brother to Mandela Effect, so he is very well bred and while it’s too early to say if he is as good as his half-brother his performances so far suggest he is well above average.

“”I’m not at liberty to says what money is being bandied about but they are substantial offers.”

Galenus debuted with a third to Deroche and Still A Star in the $50,000 Tasbred 2YO Classic in May last year, after which he was spelled as a two-year-old but resumed in October to win a 3YO maiden in Launceston.

At his only other start in Tasmania he won the $50,000 3YO Classic (1200m) on Launceston Cup day and was subsequently sent for a short spell.

Brunton’s smart mudlark Shot of Irish made it back-to-back metropolitan Melbourne wins when he led throughout to win a benchmark 84 handicap over 1800m at Caulfield on Saturday.

Shot of Irish is in the care of Cranbourne trainer Richard Laming who also prepared the gelding to win at Sandown last Saturday.

See the article at: https://tasracing.com.au/news/talented-tasmanian-3yo-could-be-sold-to-hong-kong

Watch Galenus win the 3YO Classic in Launceston in February.