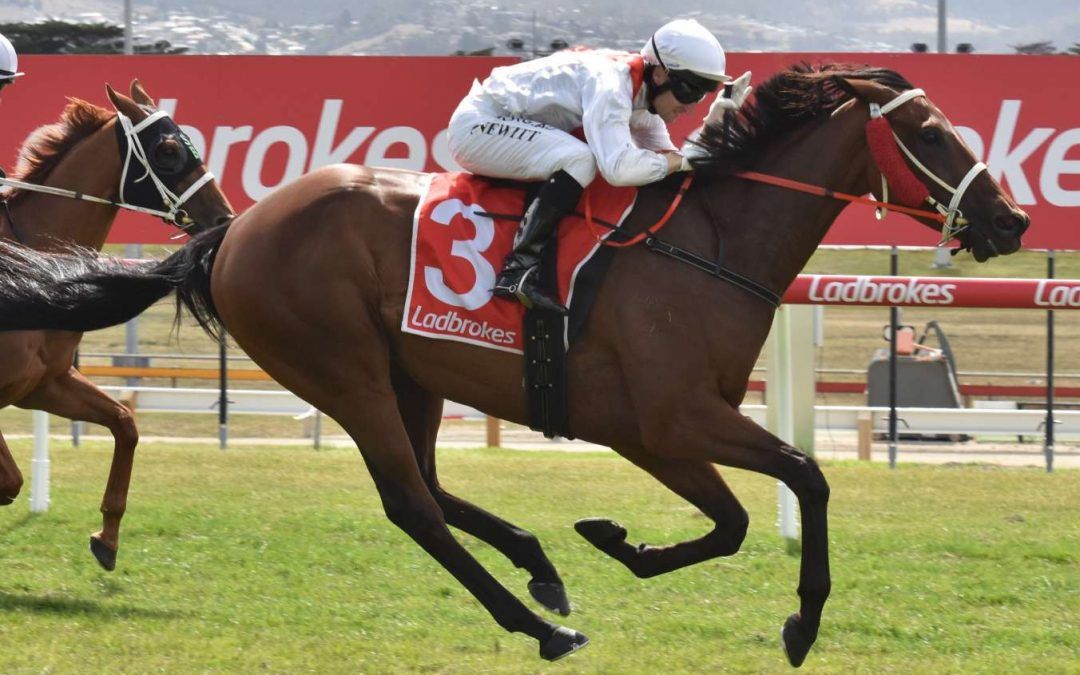 Mandela Effect denied stablemate Hellova Street a fourth straight win in the Mowbray Stakes in a thrilling finish to the Listed race over a mile at Launceston.

The Scott Brunton-trained Mandela Effect jumped as the $1.75 favourite, but the five-year-old gelding looked in major trouble approaching the turn for home.

Under hard riding from Craig Newitt, Mandela Effect was awkwardly placed on the back of outsider The Master Speed with Zatacla moving up three-wide.

3 stakes wins on the trot (12 wins overall) for Mandela Effect in the Listed Mowbray Stakes at Launceston. An $18k purchase from Motree Thoroughbreds at the 2016 Tasmanian Magic Millions Yearling Sale, Mandela Effect has won over $550k. #ItPaysToBuyAustralian @mmsnippets pic.twitter.com/8iB4pESJLX

Newitt then showed why he is the leading rider in the state, shifting back to the inside to follow Hellova Street in a move that proved a masterstroke.

“It was a ballsy ride. He picked the right bum to follow through,” Brunton said of the ride after the race.

“He had a choice to make and made the right one.”

Mandela Effect is on the emergency list for the All-Star Mile, but Brunton said the gelding would now head for a break, having had eight starts for the preparation which began in Victoria back in September.

“He’ll go to the paddock. A) They (the All-Star runners) are very, very good this year. B) He’s had a big preparation. C) I think he’s good enough to win a Group race so we’ll wait.”

While thrilled by the win, Brunton was once again left lamenting that it had to come at the expense of his war horse Hellova Street, who finished a head away.

“It’s a great thrill, it’s great to see him win, it’s horrible to see the other fellow get beaten.”

Brunton expects Mandela Effect, who is now a winner of 12 of his 23 starts, to progress to 2000m at his next preparation.

Check out all the big headlines from Wednesday, February 26 👇